What is a breathable fabric and how is it measured?

What is a breathable waterproof fabric?

A breathable and waterproof fabric has the ability to withstand rain but let sweat pass the fabric. Mostly this done with a micro-porous membrane that sandwiched between two fabrics. A micro-porous membrane is a material with tiny holes. The holes are so small that water vapor (sweat) can pass through the material, but water droplets (rain) cannot. There is also another way to accomplish this: the hydrophilic method. In the hydrophilic method, the material itself has the property of transporting water molecules through the material. If you want to know more about waterproof and breathable fabrics I suggest you read the article I wrote on this and also watch the video ‘How does Waterproof and Breathable Rainwear work?’

Now, let’s continue with answering the question ‘how breathable fabrics are and how this is measured?’

To measure the breathability of a membrane or a coating you need to test the water vapor (or moisture) permeability of the breathable fabric. The good news is that many manufacturers do this. The bad news: they don’t all use the same testmethod. The main three are: the Inverted Cup test, the Upright Cup test and the Sweating Hot Plate test or more precisely the Sweating Guarded Hot Plate test that is also known by the ‘Skin Model’ test.

With the Inverted Cup test method – or ASTM E96-BW (ASTM being short for The American Society for Testing and Materials) – the test fabric is placed over a cup – outer fabric side towards the cup – that contains a desiccant. As desiccant Potassium Acetate is used. This ‘salt like’ material is hygroscopic so it absorbs moisture. The cup with fabric is weighted and placed in a pan of water for 24 hours. The salt-like material pulls the water through the fabric and weighing the cup after the test gives the amount of water in grams that has been pulled in. This number is extrapolated to how much water would have passed one square meter of the fabric. The notation looks like >20.000 g/m2/24h.

Not to slightly Breathable

The Upright Cup test method – also ASTM E96 – is almost identical but the cup is not placed upside down in a pan but just stands upright in a controlled humid environment. The result is the same: moisture gets in the cup and the amount is extrapolated to grams for one square meter of the fabric in the 24 hours timespan. Since the test is done in a humid environment the numbers are lower and not directly comparable to the Inverted Cup test. The notation looks like >9.000 g/m2/24h.

Not to slightly Breathable

The Sweating Guarded Hot Plate or ISO 11092 test method is also known as the Hohenstein Skin Model test. Hohenstsein is the textile research and test institute that ‘invented’ this test. In the Sweating Guarded Hot Plate test a fabric is placed over a porous ‘hot’ metal plate. This plate is kept at a constant temperature. From underneath water is fed to the hot porous plate and turns from liquid water to water vapor. The water vapor – vaporous sweat – passes the plate and the fabric.

In the meantime, the evaporating water vapor cools down the plate. Since the plate is ‘told’ to stay at this constant skin temperature, energie or heating is added. The more energy or heating is needed, the lower the resistance to evaporation the better the breathability of the fabric. This is something that in terms of physics is called the water vapor resistance and is expressed in the Ret value. The lower the Ret number the higher the breathability of the fabric. The practical thing with the Hohenstein ISO 11092 test method is that they actually put real people on a treadmill to investigate and determine the correlation between the Ret value from the lab test and ‘real’ treadmill life. They found that the testers could not tell the difference within a close Ret range but could feel the difference between ranges.

This is something that scientifically is called the resistance to evaporation transmission and is expressed in the Ret value. The lower the Ret number the higher the breathability of the fabric. The practical thing with the Hohenstein ISO 11092 test method is that they actually put real people on a treadmill to investigate and determine the correlation between the lab test and ‘real’ treadmill life. They found that the testers could not tell the difference within a range but could feel the difference between ranges.

How useful are these tests?

There is only one question remaining: how useful are these tests and numbers for us as consumers? Well, not that useful at all.

The second reason being that if you don’t know how gear is tested and where the numbers come from, you don’t have a clue what the numbers mean.

The third reason is the different test methods and numbers don’t relate to each other so can’t be compared. So what do the numbers and the test say?

Well we know that most manufacturers do test their fabrics. That is positive.

We know that if a fabric is tested with the Inverted Cup ASTM E96-BW test method a higher number is a better breathable fabric.

This also is the case for the Upright Cup ASTM E96 test method but the numbers are lower but still: the higher the number, the more breathable the fabric is.

With the Sweating Guarded Hot Plate ISO 11092 test method the opposite is true: the lower the Ret number the higher the breathability of the fabric.

And what about our outdoor life?

Although most fabrics are tested by manufacturers and brands, they still remain laboratorium tests. And this is good because otherwise a comparison between fabrics would not be possible. But the lab differs from what we experience outdoors. We walk, hike, run, backpack, bike in sun, rain, winter, summer, with or without stormy winds, with or without a (heavy) backpack and some of us are more fit than others. All variables that influence the performance of our waterproof and breathable outdoor gear. How we experience the breathability is a balancing act between what manufactures test en claim and how we deal with it.

I wrote a couple of more in-depth articles about waterproof and breathable fabrics. See the list below. 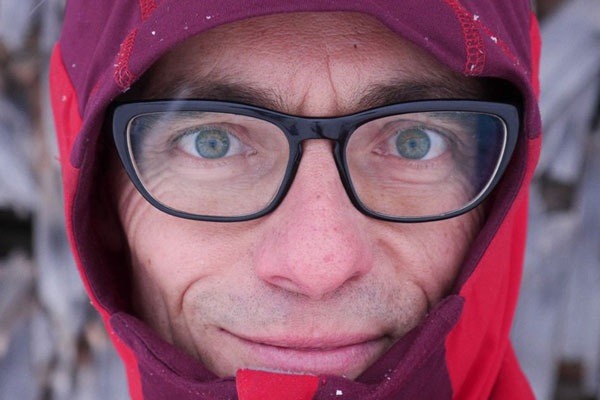